The IRS and Diversity, Equity, and Inclusion 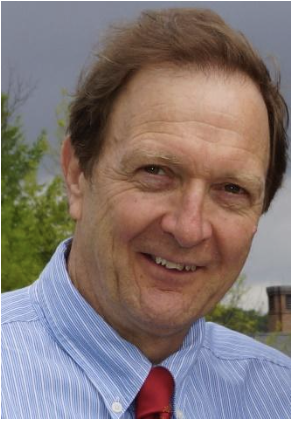 David Webber - Maryland
Today’s Chairman’s Report is written by David Webber.  David represents Maryland on our Board of Governors.  He strongly believes that the FAIRtax can transform our lives for the good by creating a better society focused on empowering citizens. This could happen not only in America but globally too.

David was the lead architect for the original EU funded VAT computerization project. The VAT system is the ultimate in taxation complexity.  David knows that the FAIRtax will be an empowerment of citizens across the globe led by the USA’s adoption of a practical and proven simple consumption tax system.


The IRS and Diversity, Equity and Inclusion.


It is now almost required that every government agency, program and even private company be subject to analysis based on Diversity, Equity and Inclusion (DEI).  It seems that if the DEI analysis is good, the other elements like efficiency, and for private companies, profitability are not critical.

While the IRS may claim it is very much in compliance with any DEI analysis for its employees, sadly that does not extend to the citizens on whom they impose income taxes.

As applied to the citizens of the United States, the IRS and its income taxing methods are the antithesis of DEI. So much so that the damage they are causing to citizens on a daily basis is immense.

Taxing income has been around as a means of funding governments for a very long time. The current methods on which the IRS is founded were perfected by the British in building their Navy and Empire. The 1776 War of Independence was fought to free Americans from the shackles of that taxation system.

To replace the current antiquated and toxic system, we need a modern method that is capable of delivering real fairness – that is precisely what the FAIRtax has been designed to do.

How toxic are the IRS and its income tax methods?

To answer those questions let’s examine what the IRS itself concedes is actually happening annually:

1) Hundreds of millions of dollars are not refunded every year. Who are those not receiving these refunds? 2) The IRS routinely issues fines, levies and back tax requests that result from minor infractions that their computer systems flag and are based on arcane conditions that even the main payroll tax processors fail to handle accurately. Examples include overpayments to Health Savings Accounts or 401k accounts. Typically, the amounts range between $100 and $1,000. The IRS does not even allow you to correct these issues, they simply issue a demand for payment.

The IRS downplays the following: Now, let’s examine what can be done to easily replace the IRS with a modern system to fund the government-- funding that does support diversity, equity and inclusion for every citizen.

The FairTax Method and System

In addition to DEI, other fundamental aspects of society today are consumption and the environmental impact of that consumption.

The FAIRtax is a system that rewards responsible consumption and reduces environmental impacts and promotes the reuse of resources because used and recycled items are not taxed—only new retail items.

The FAIRtax meets even the most stringent DEI analysis.

It is applied to everyone in our country.  It doesn’t single out any group nor exclude any group. All of us pay our taxes as we make purchases of new retail goods and services.

It is equitable for everyone because there is no FAIRtax owed on spending up to the poverty level for each family unit.

The FAIRtax provides for a simple percentage surcharge. This is also founded in the principle that the cost of good government is offset in society by the indirect benefits that it provides. We see this today already with States that levy a sales tax for goods and services. The FAIRtax is simply an additional amount to cover the cost of federal government, collected in the same way at the point of sale or service delivery.

The burden of reporting and compliance is completely removed for citizens.
Gone is the $500 billion annual compliance cost and the cost of the IRS itself. That alone over 10 years can begin to address the huge current government deficit and interest payments.

Overall, the FAIRtax replaces the IRS today with a simple-to-administer system that is aligned with the modern world and life directly at the State level and gives citizens back their dignity, freedoms and happiness while supporting better consumption and environmental outcomes.

Truly government by the people for the people that actually does meet the DEI analysis but is also efficient and less costly to administer!


WHAT CAN EACH OF US DO?


We can write letters and make calls to our elected representatives demanding that if the government really wants to eliminate the burden of filing income tax returns, they should enact the FAIRtax and do away with tax returns altogether.

The great 18th century Irish statesman Edmund Burke made a statement that applies in many ways,

“Nobody made a greater mistake than he who did nothing because he could do only a little.”

Remember, if we don't continue to tell the truth and demand a change, then this quote from George Orwell's 1984 may foretell our children's future:

“If you want a picture of the future, imagine a boot stamping on a human face—forever.”

Take back control!   Help us PASS THE FAIRTAX!

The IRS will be gone and we will pay our taxes when we make purchases.

WE and not the Ruling Class and their minions in D.C. will decide how much federal tax we pay!

If you have friends who don’t know about the FAIRtax, send them to  FAIRtax.org.  Have them watch the white boards under “How It Works” and, if they agree, ask them to please join us.

Then contact your Members of Congress and the President and demand that Congress pass -the FAIRtax—the only fair tax.

Is it hopeless?  When confronted with a seemingly impossible problem, remember the statement attributed to the author George Bernard Shaw who wrote, You see things; and you say “Why?”  But I dream things that never were; and I say “Why not?”

#StoptheShutdown Press Conference with Speaker Pelosi and Senator Schumer by AFGE is licensed under flickr Attribution 2.0 Generic (CC BY 2.0)